Richard B. Pierre was born in Oakland, California immigrating to Toronto at the age of nine. As a multiracial black filmmaker, Richard’s goal is to tell stories that depict the lives of diverse individuals and their cultures while making films that are deeply personal. 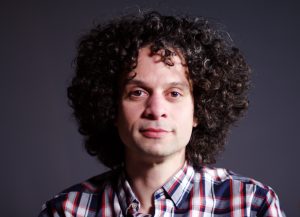 A graduate of Ryerson University’s film program, Richard’s professional experience ranges from writing, shooting, editing and directing. Richard’s first feature-length screenplay ‘Crooked’ was selected as a quarter-finalist for the 2009 Nicholl Fellowship, sponsored by the Academy of Motion Picture Arts and Sciences.

His first documentary “What Are You?” was nominated for a 2020 Golden Sheaf Award and premiered on TVO in 2021. His newest fiction short, “An Uninvited Guest” funded by the Ontario Arts Council won BEST THRILLER at the 2020 HollyShorts Film Festival and in the fall of 2020 had its broadcast debut on CBC.

What Are You? – Short Documentary
This film explores the lives of multiracial people as they reveal the struggles of living in a racially divided world. Find out more at whatareyoufilm.com

An Uninvited Guest – Short Film
When a Black man is viciously assaulted by police right outside their window, all of the guests at a dinner party seem to consider the attack unremarkable except for one. Find out more at anuninvitedguest.com